New York City between Nov 30-Dec 11, 2022
Birgitta is back in New York City in the framework of her artistic doctoral research project Refiguring Composition at mdw, Vienna! Find all performance dates in the calendar – and get in touch if you are interested in musical exchange!
With financial support of the Goethe-Institut.

Nocturne
Birgitta’s choir composition (SSA) has been published as one of six chosen works in the #swedishchoralmusic 2022 series by Swedish publisher Gehrmans! The piece even has a version for full choir (SSATB) + alto saxophone which has been premiered by saxophonist Claudia Meures and Berlin’s Staatsoper youth choir under direction of Konstanze Löwe in May 2022. In the following video you can listen to som excerpts of the a capella original (also with the Staatsoper youth choir) and get to know more about the music (video in Swedish, English subtitles).

Miniatures & Fragment
…appears on June 24th on Double Moon Records/Challenge Records International! Find first release concerts in the Calendar and get a first listen on WDR on June 15th!

InSpirit
Again, the summer Jazz series InSpirit at Kaiser-Wilhelm-Gedächtnis-Kirche in Berlin will happen in July and August, every Thursday from 9-10 pm, starting on July 7th – plus an InSpirit afternoon for young children on August 28th! Find more information here.

New Video
A short video with excerpts from the performance of LYSSNA at Berlin’s Kaiser-Wilhelm-Gedächtnis-Kirche is ready!

Preparations for the new quartet album
The Birgitta Flick quartet has been in the studio and recorded its 4th album in December 2021, this time with Guy Sternberg. Miniatures & Fragments will be released on Double Moon Records/Challenge Music on June 24, 2022!
More information and new dates for release concerts are coming soon – some of them you can already find in the Calendar section! In the meantime you can listen to the quartet’s concert from December 2021 at A-Trane:
https://www.youtube.com/watch?v=tS3j3mOTv3M
Or listen to the teaser video to “Color Studies”:
https://www.youtube.com/watch?v=3g9o0uuiDqs

Travelling
In the late summer and fall of 2021 you could find Birgitta traveling intensely – mostly between Berlin and Stockholm and throughout Sweden with Sebastian Voegler, Mauritz & Max Agnas, Elaria Orchestra and Pål Nyberg’s Ensemble, but also all over Berlin and to different parts of Germany with (and to) amongst other Antje Rößeler, Lisa Hoppe, the Birgitta Flick quartet and Lisa Stick. Also virtual traveling occurred, such as with a lecture recital at The Arc Project Online Festival. Find links to more details in the Calendar (and the archive there).

Besides Birgitta herself, also two of Birgitta’s larger pieces traveled:
On September 1, Webungen (that Birgitta had written for LUX:NM in the spring of 2021 and that had gone on a first virtual trip to Landau then) has started it’s “physical” journey and unfolding with the premiere at LUX:NM’s “nets-loops-cells” concert at Kesselhaus in Berlin – performed by great LUX:NM and with Florian Japp’s inspiring video to the piece.

On November 21, nearly two years after the premiere in Stockholm, Birgitta’s piece LYSSNA could finally be played at Kaiser-Wilhelm-Gedächtniskirche Berlin in the framework of the InSpirit series, supported by the senate of Berlin. Read more about the piece and the wonderful musicians involved here (video material coming soon!):
http://birgittaflick.com/projects/lyssna/
https://www.instagram.com/birgittaflick/

Virtual Traveling with Birgitta:
You can follow Birgitta on Instagram since late summer if you want to be kept informed about Birgitta’s musical activities!

Künstlerhaus Lukas
Birgitta spends most of June 2021 at Künstlerhaus Lukas in Ahrenshoop to work on a new composition for LUX:NM from Berlin.
Open house with reading and concert on June 27 – more information:
www.kuenstlerhaus-lukas.de

New Video
In the framework of The Arc Project’s Digital Ensembles Edition Birgitta had the opportunity to work with Aulus Duo from Cardiff and to compose a new piece for them!
https://www.youtube.com/watch?v=gyr8Y9T3qhQ

Klangkörper & Glädje Lab
Birgitta is working on a new composition project, supported by German Musikfonds.
First information about the project and how it emerges from the work with a new interdisciplinary improvisation lab called Glädje Lab you can find here:
http://birgittaflick.com/projects/klangkoerper/

Again most of the physical musical life has to take a break – but in the last weeks it has been possible for Birgitta to play concerts in Sweden with the bands of Pål Nyberg, Cajsa Zerhouni and Antje Rößeler and also several concerts and music in services in (mostly) Berlin and some other parts of Germany with – amongst others – James Banner and Andreas Schmidt from her quartet, Marcel Krömker, Albrecht Gündel-vom Hofe, Uwe Steinmetz as well as the duo with Antje Rößeler that has been one of her most intense musical collaborations of the past months.
Also, her new composition Kamanoina for wind orchestra was premiered by Blåsarsymfonikerna from Stockholm at KMH, Stockholm on September 25th.

In October, Birgitta has been in the studio with Pål Nyberg’s new band from Stockholm, more information about that will follow.

Otherwise, a new composition and research project has just started in Berlin that Birgitta will work with during the next months, more information will follow in the upcoming time as well.

In the meantime you can listen (and watch) to a new online concert that Antje Rößeler and Birgitta Flick have recorded on October 31 in Hannover:
https://www.youtube.com/watch?v=PuzV9ODYshA
Or to other music that you can find on Birgitta’s YouTube-channel:
attigriBBirgitta

Music!
As many other cultural activities right now, also many of the musical events Birgitta would have been involved in this summer had to be postponed due to the measures against the corona virus, including the summer jazz series InSpirit at Kaiser-Wilhelm-Gedächtniskirche as well as the performance of Birgitta’s composition LYSSNA there.
Nevertheless, other concerts are happening, of course adapted to the momentary possibilities. You can find all live dates at www.birgittaflick.com/calendar.
Also, you can still watch the two streaming concerts that Birgitta has played in May 2020 on Youtube:
Duo w/ Antje Rößeler at Greve-Studio (Berlin, May 30)
Duo w/ Marcel Krömker at his Kunsttresor series (Berlin, May 18)

Momentary situation
Due to the momentary situation with the Corona virus all concerts are cancelled for the upcoming weeks. Nevertheless you can listen to Birgitta’s music on the records you can find listed on this website (and that you can get either directly form her or the record labels or from any CD shop) or by watching different live videos – besides LYSSNA e.g. the video to the most recent quartet album of the quartet, “Color Studies”:
Birgitta Flick Quartett “Color Studies”
Alternatively you can also ask Birgitta for sheet music to her compositions.

LYSSNA
On February 1, 2020 Birgitta’s composition LYSSNA for choir and octet was premiered at a service at Adolf Fredriks kyrka in Stockholm by Vokalensemblen i Sundbyberg and Sofia Lärkfors (voc), Eva Lindal (v), Ragnhild Kvist (vio), Simon Skogh (tb), Mauritz Agnas (b), Sebastian Voegler (dr), Martin Edin (p) and Birgitta. The premiere was part of JUBILATE, Stockholms stift annual church music festival and was result of a cooperation of ESAIM project of the Royal College of Music in Stockholm (KMH) and Stockholms stift. The piece is Birgitta’s exam project for her master studies at KMH.
LYSSNA will also be performed at Kaiser-Wilhelm-Gedächtniskirche, Berlin. More details are to follow as soon as the momentary situation with the Corona Virus allows for it.

LYSSNA is a composition in seven parts to verses of the biblical psalms 39 & 40. LYSSNA means listening in English and this is also the common thread that connects both psalms. Words of the 7th (6th)verse of psalm 40 become the central theme: “Du har lärt mig att lyssna” – “mine ears hast thou opened”.
As a musician listening is the key to all musical communication and action. Listening and intuition in-the-moment lead the way and are the common source that make me understand composition and improvisation as part of the same musical flow, although having another relation to time.
And so listening is what makes my composition LYSSNA permeable for free improvisation as well as influences from Gregorian chant and old Swedish chorals.

Additionally, you can find a new review by Roger Bergner in the current print issue of Swedish “Orkesterjournalen” about Color Studies, the Birgitta Flick quartet’s latest CD and “Malita-Malika”, the duo album with Carol Liebowitz!

New Compositions
As part of her composition studies at KMH in Stockholm Birgitta has written new music for different ensembles – amongst others a duo for NEUE that was premiered at Svensk Musikvår 2019 and a septet based on the text of psalm 139 as part of LjudOljud at KMH.
Svensk Musikvår
More information coming soon…
New Recordings
Birgitta was guest saxophonist for Cajsa Zerhouni’s new album that will be released on Do Records in the fall of 2019 (and was recorded in the beginning of May 2019 at Kingside Studios near Stockholm).
www.cajsazerhouni.com
On May 2019 Agustin Strizzi’s new EP will be released – this will be celebrate this with a concert at Artist Homes in Berlin on May 17, 2019!
www.agustinstrizzi.com
New Reviews
There is a new review on culturejazz.fr of “Malita-Malika” that Birgitta and Carol Liebowitz released in 2018 on Leo Records:
Culturejazz.fr

Downbeat Editor’s Pick / Downbeat Reviews
Carol Liebowitz’ and Birgitta’s duo CD “Malita-Malika” that was released on Leo Records this year is chosen as an “Editor’s Pick” for November 2018 in the online part of Downbeat Magazine.
Here you can find the whole review: Downbeat
And furthermore -a review of “Color Studies”, the Birgitta Flick Quartet’s new CD, is part of the February issue of Downbeat! 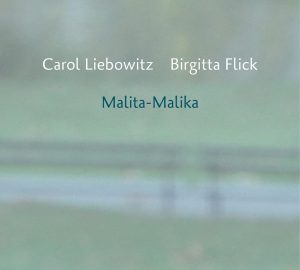 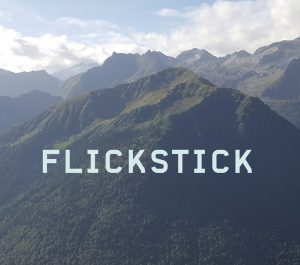 Flickstick
The new album “Flickstick” is finished – and will be released in January 2018 on WismART. On November 18 Flickstick will present the album at a “pre-release concert” in Wismar! The concert is part of the workshop for saxophone groups that takes place in Wismar every year.
www.flickstickband.com
WismART